While Orcmas many officially be over, I am still plugging away at the few figures I wanted to complete this season.  As you saw last time, I had a teaser of two WIP figures - Santorc's festive guards.  I finally finished them, and I am quite happy with the results.  These are some of the Wargames Foundry Mercenary Ogres.  They were sculpted by Kev Adams.  Very challenging figures to paint, with all of the puff and slash, but it is a nice effect when it is finished. 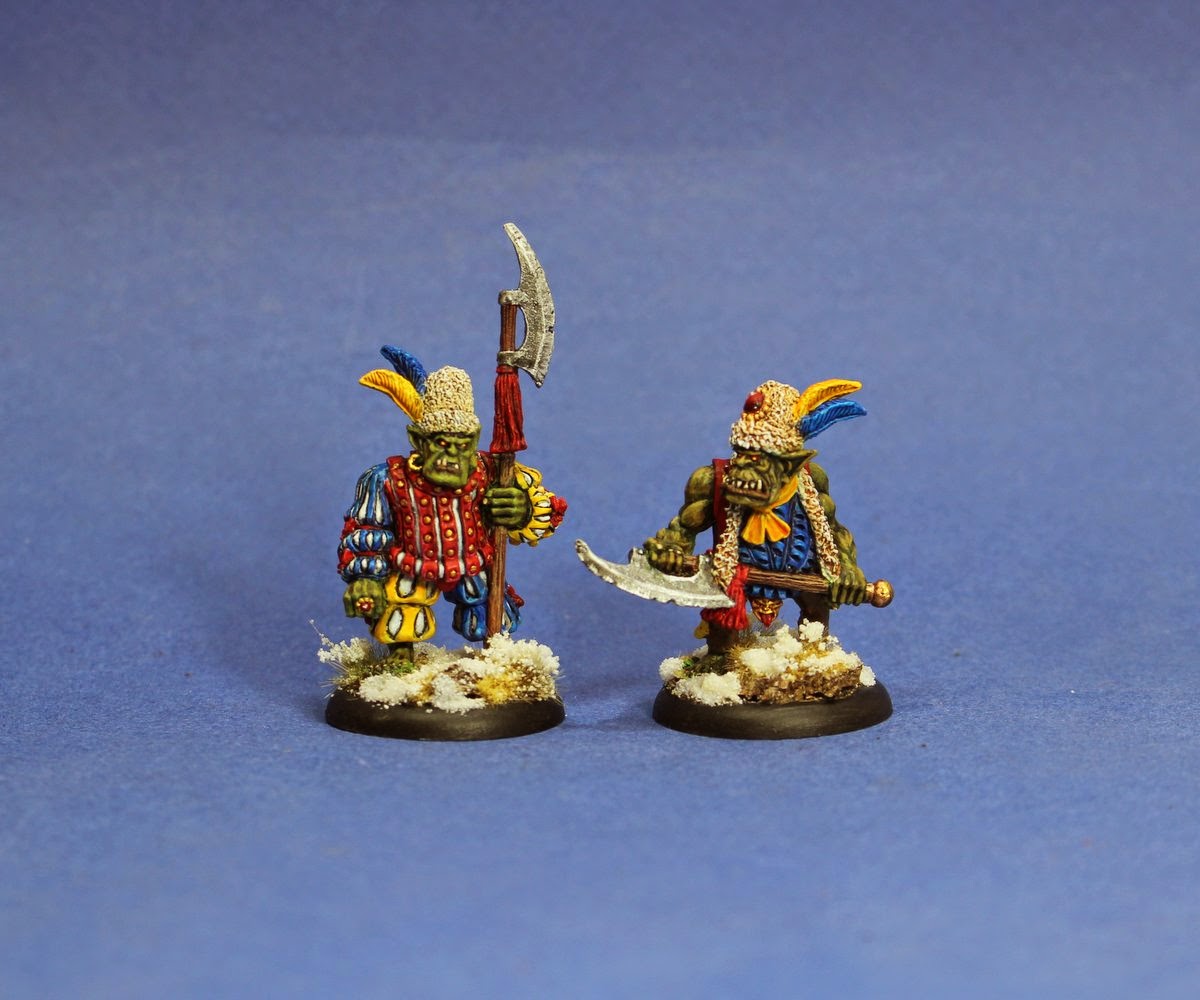 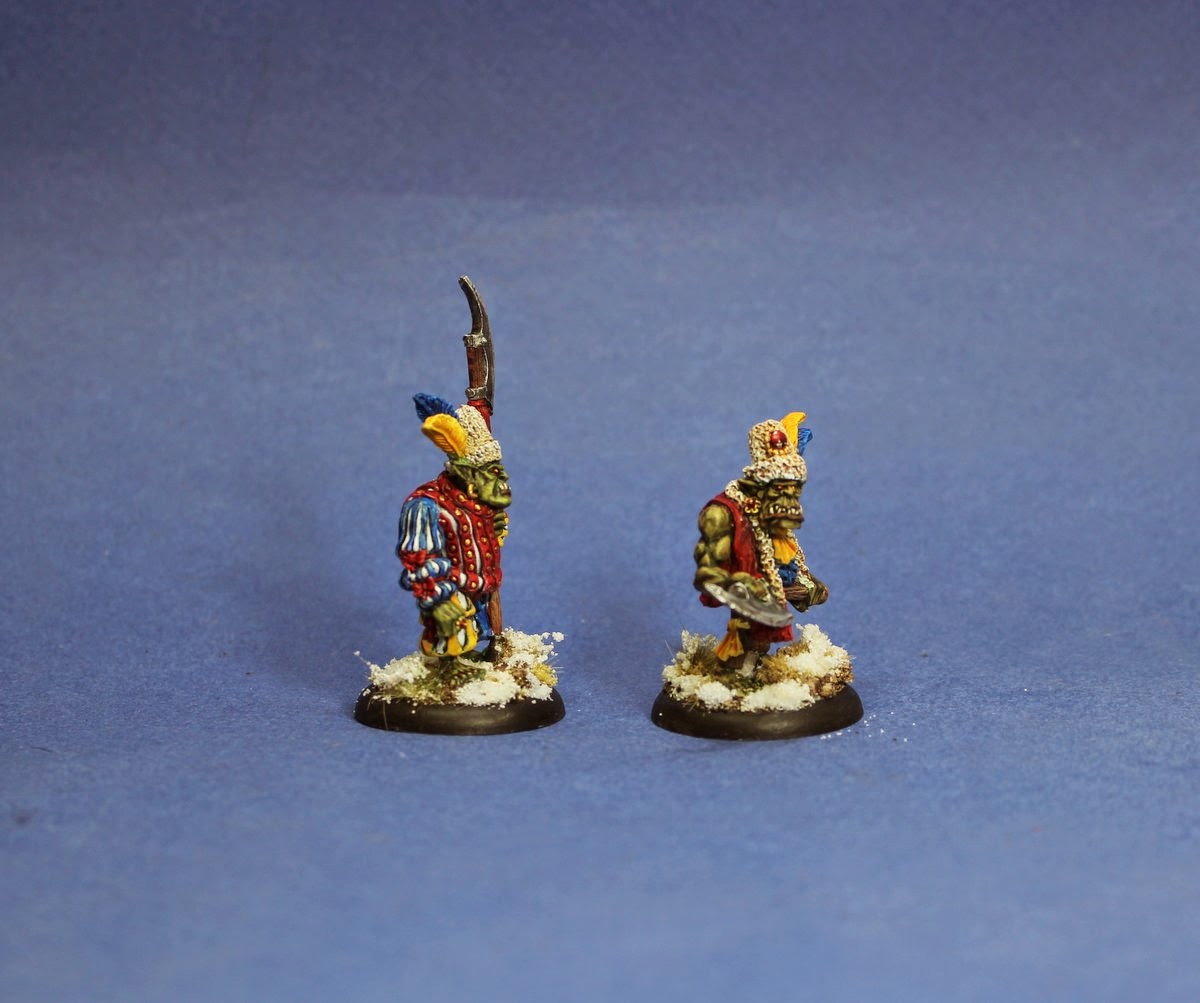 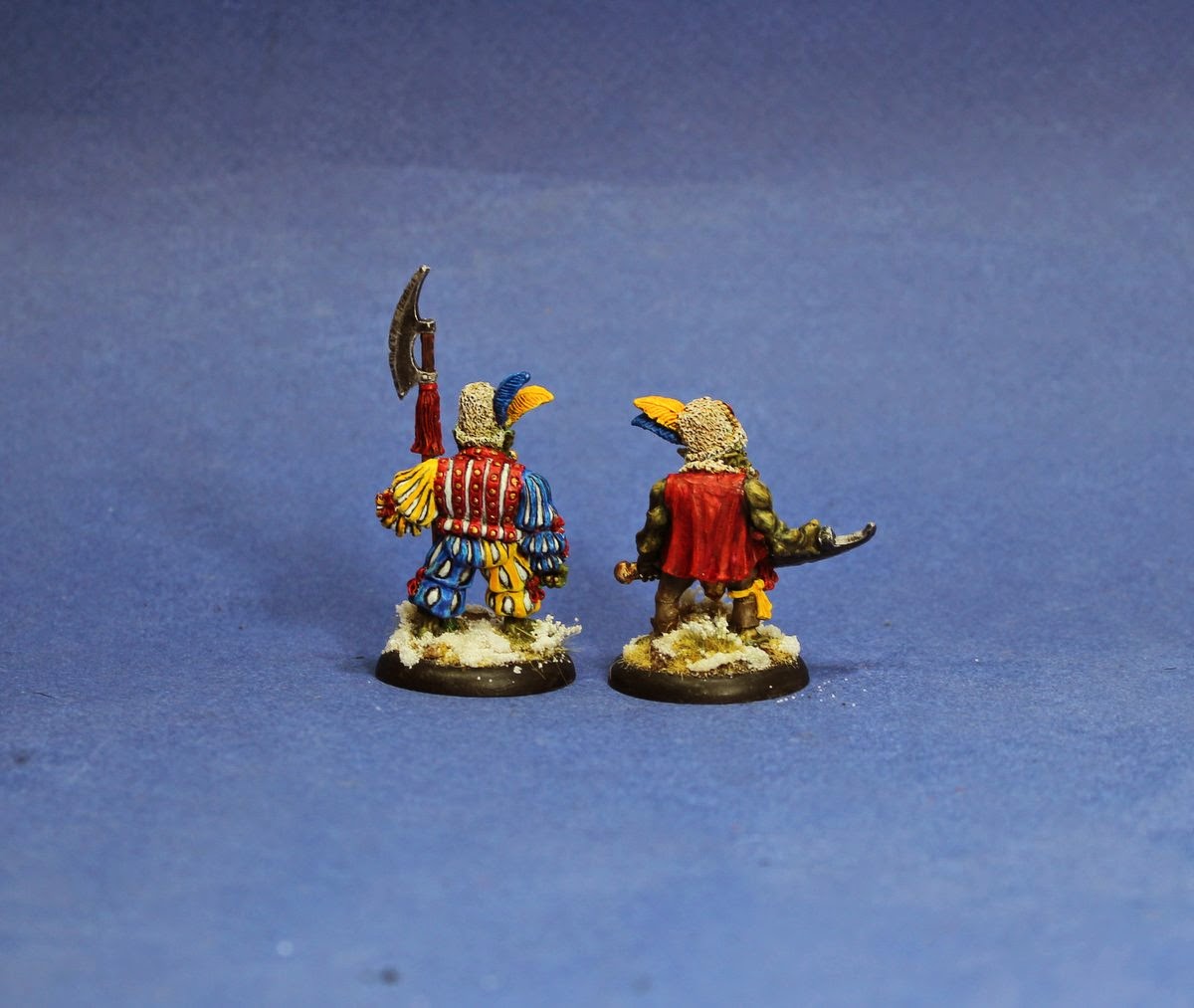 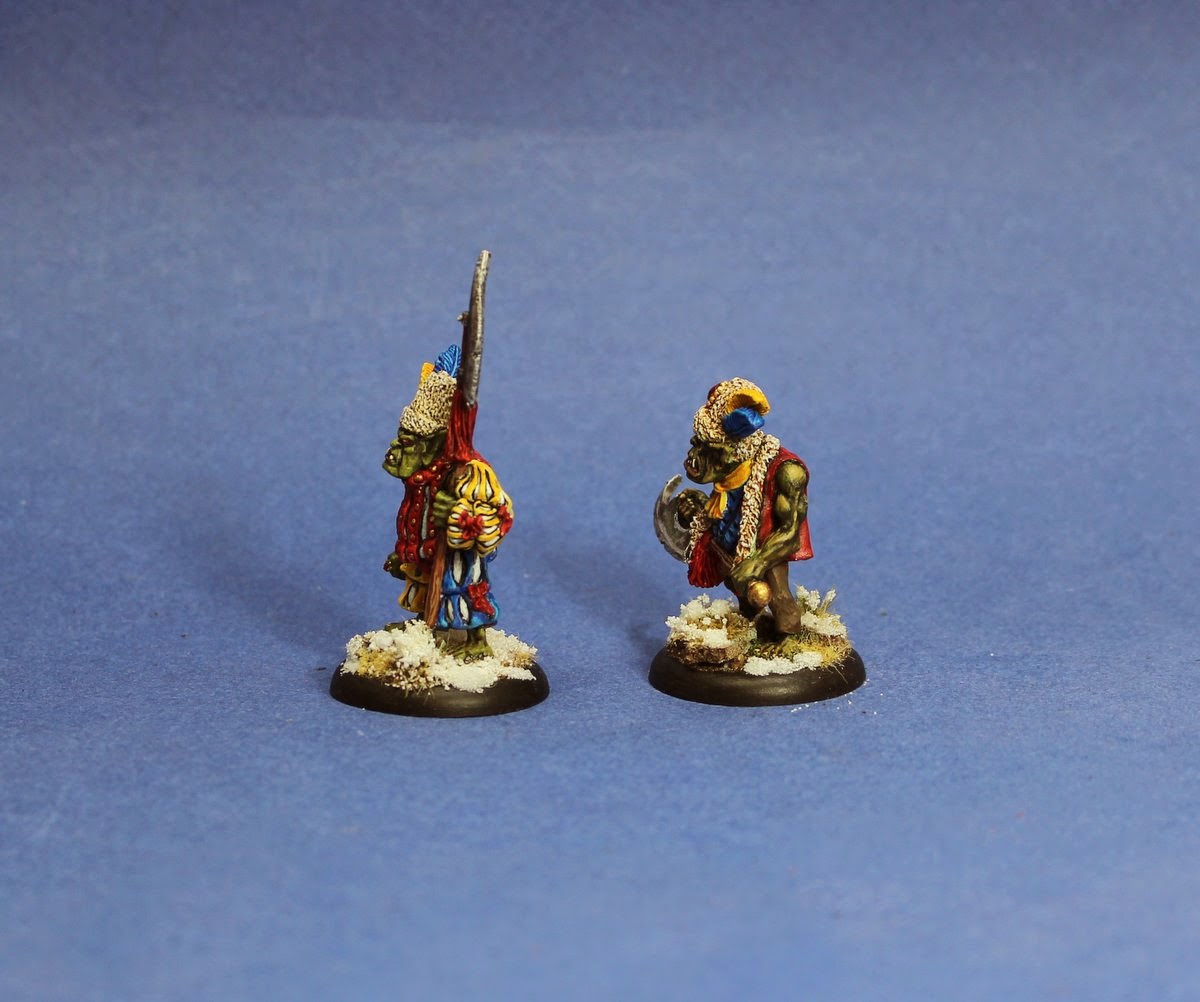 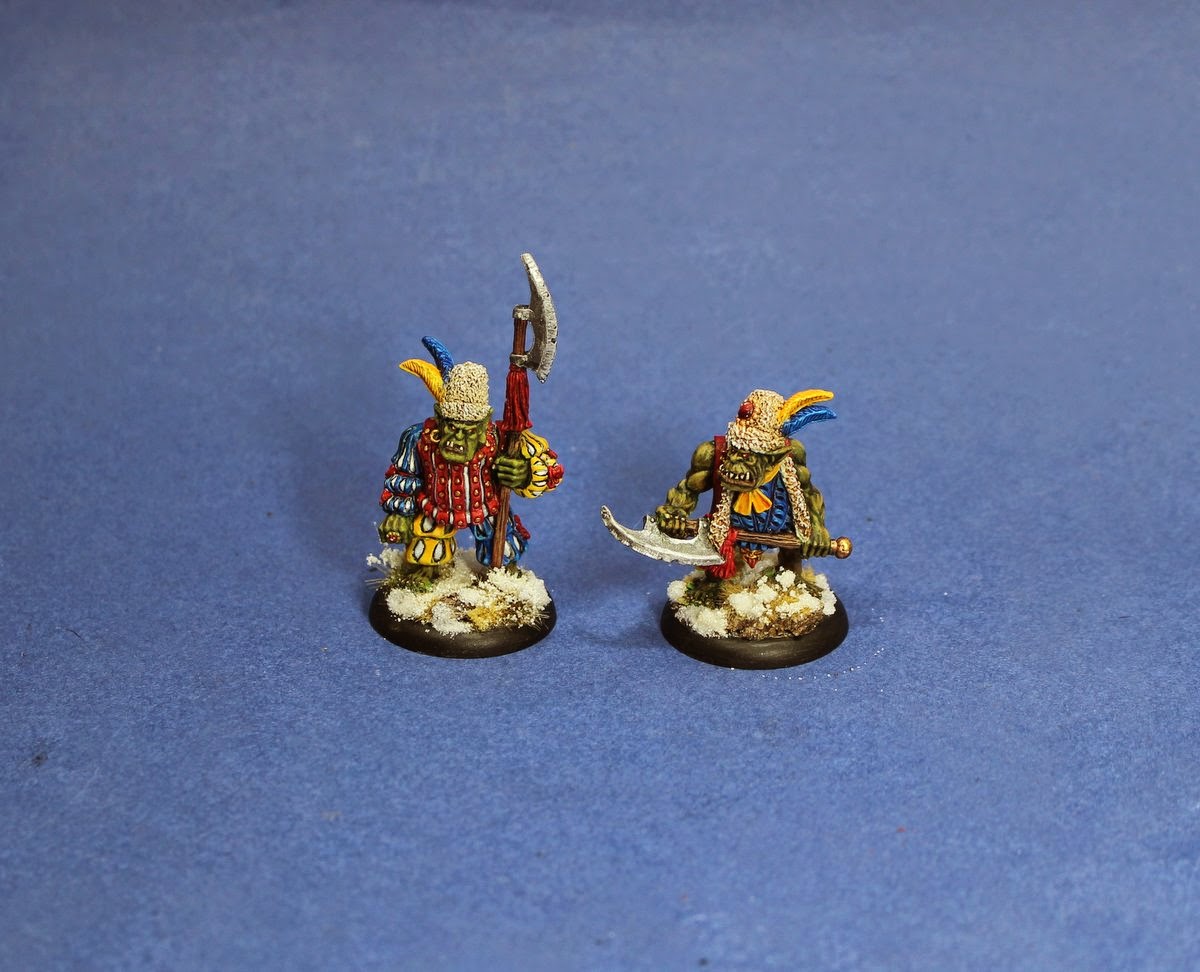 The blacklining on the clothing for the guard on the left took me forever.  After roughing in the colours, I went over each patch with some vallejo black ink, watered to about 60% with water and some flow improver.  Afterwards I had to redo the highlights and brighten up the white, but I really like the use of blacklining in figures like this, as it makes a nice border between the colours.  The other fun part was the gem on the right of the right-hand orc.  It's always fun trying to paint gems.

Finally, I will leave you with a shot of the terrible triad. 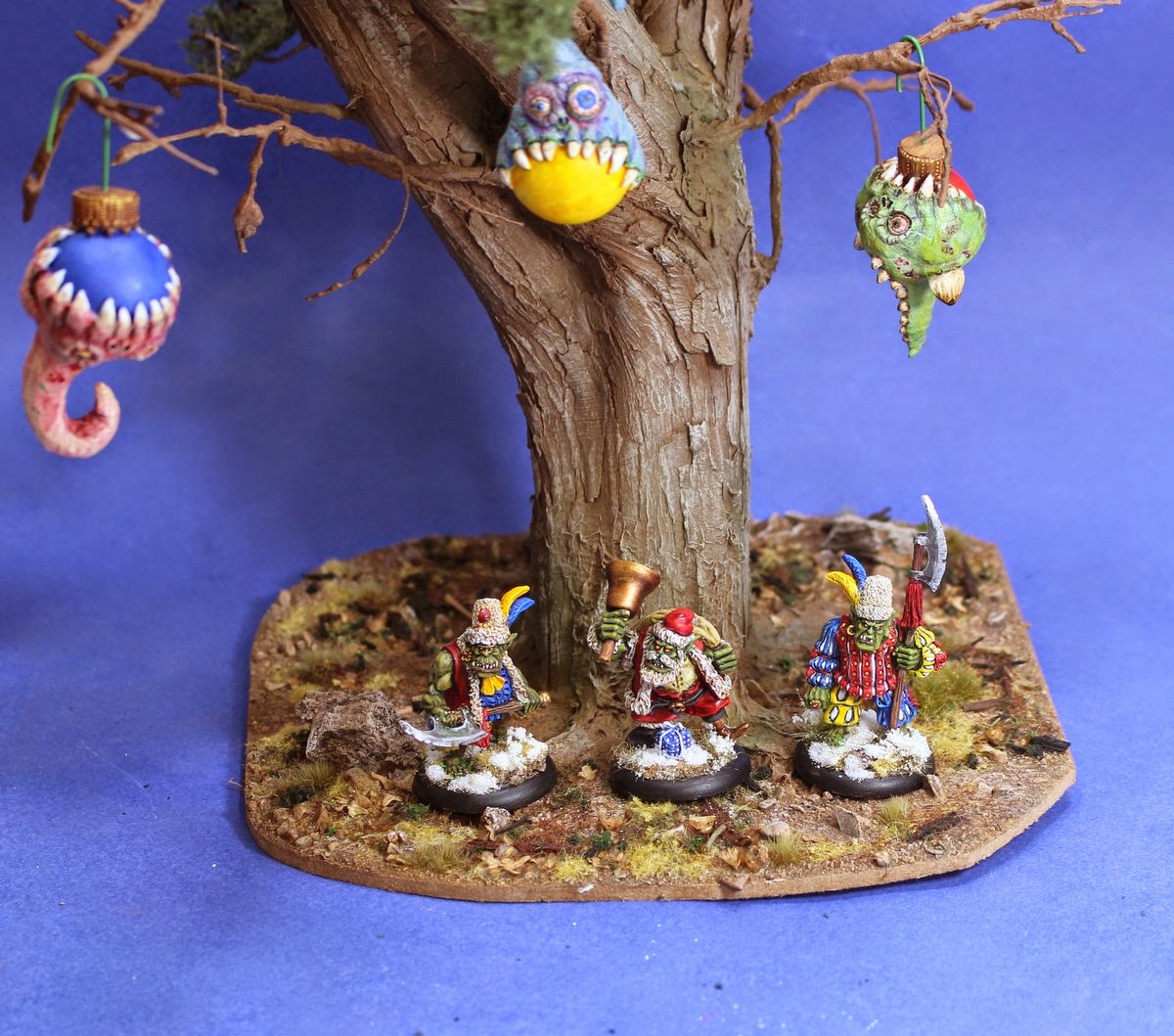 Kinda makes you wonder whether you should have made such a long Orcmas list, eh?  I still have a few more figures on the painting table which will hopefully make it in before the New Year.  Namely, I have a couple guards to do, as well as Santorc's biggest rival! (cue menacing music...)