After a few hours in the painting room I have finally finished my unit of 20 Lead Adventure Halberdiers.  Wonderful models to paint, but I think I need a bit of time off from the intense puff and slash!  These will go along nicely with my other Oldhammer models, all they need now is a coat of varnish (which will probably wait until the warmer weather of Spring) and a banner. 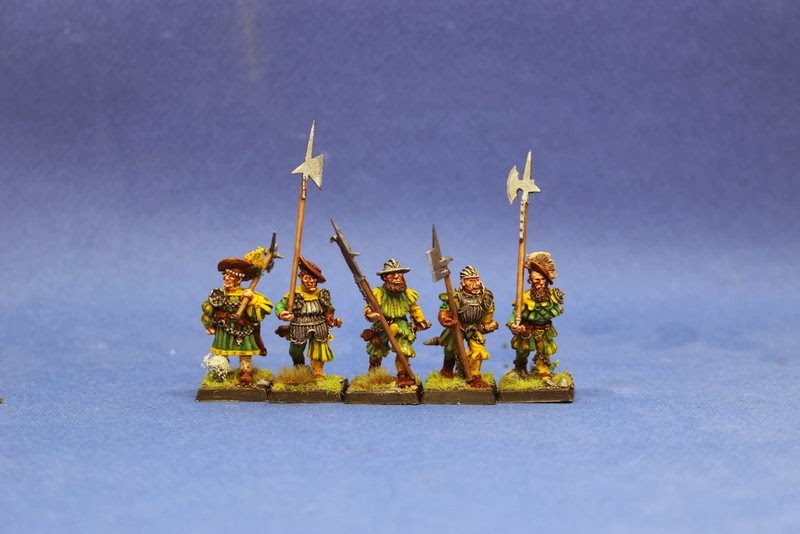 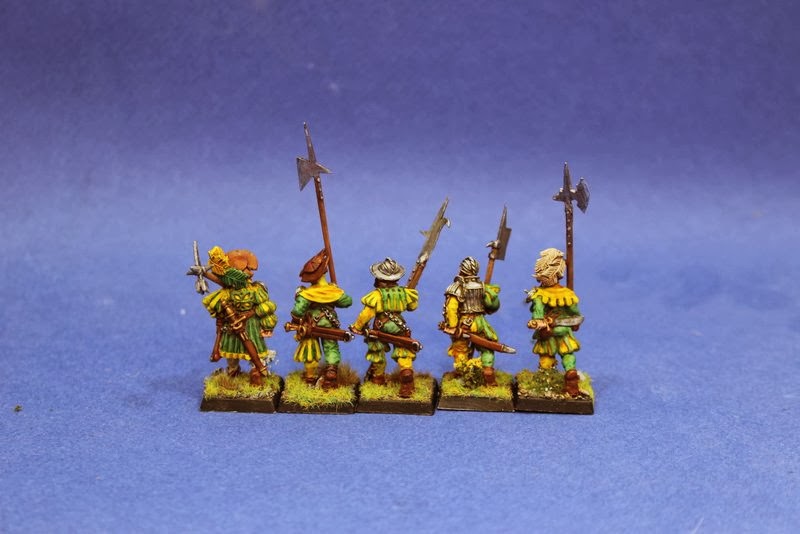 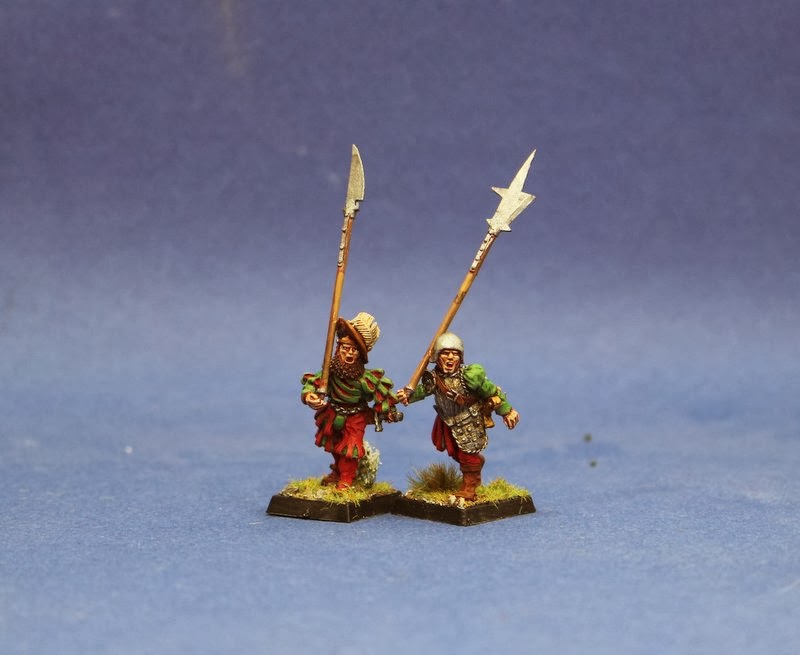 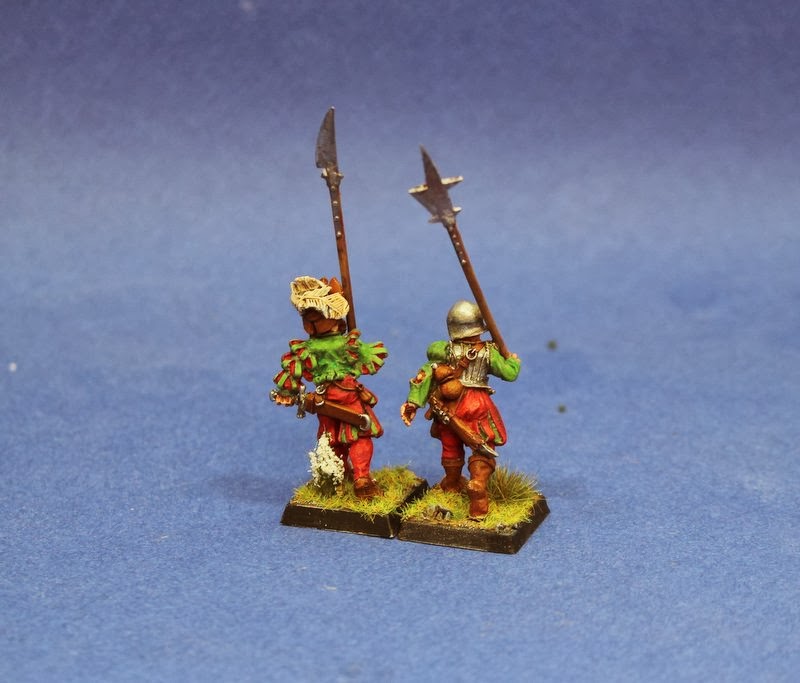 The final colour scheme of green and yellow was quite nice to paint, as I find they work well together.  Its also much easier to clean up one or the other when you don't stay in the lines compared to the blue and yellow scheme.  Here is the whole group together: 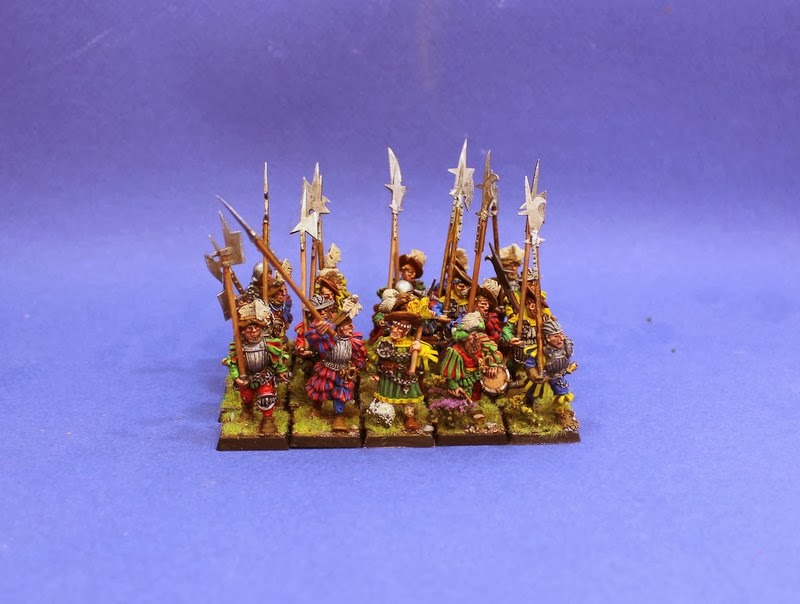 Quite a colourful gathering!  I am quite fond of the colourful palettes of the landsknecht at this point.  I gathered my painted Oldhammer Empire and put it on my table for a group shot.  The force is starting to come together (just ignore the bedsheet in the background - I figure it looks better than the couch). 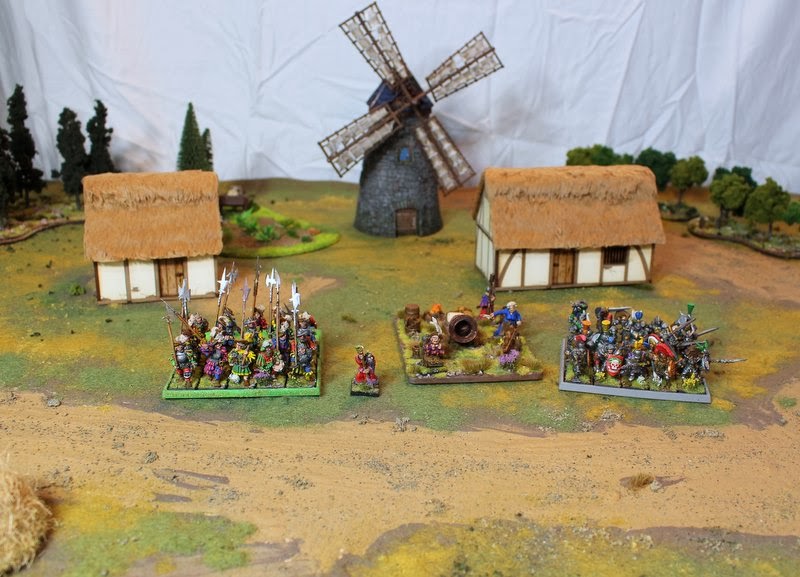 I have a few more units to complete before my 1000 point 3rd edition empire army is finished.  My armylist consists of:

I will probably paint some goblins for a while, but my next project for this army will likely be the cavalry.  I got a bits lot a while back which had a bunch of torsos for some of the old GW high helm cavalry.  They are in pretty rough shape as you can see here: 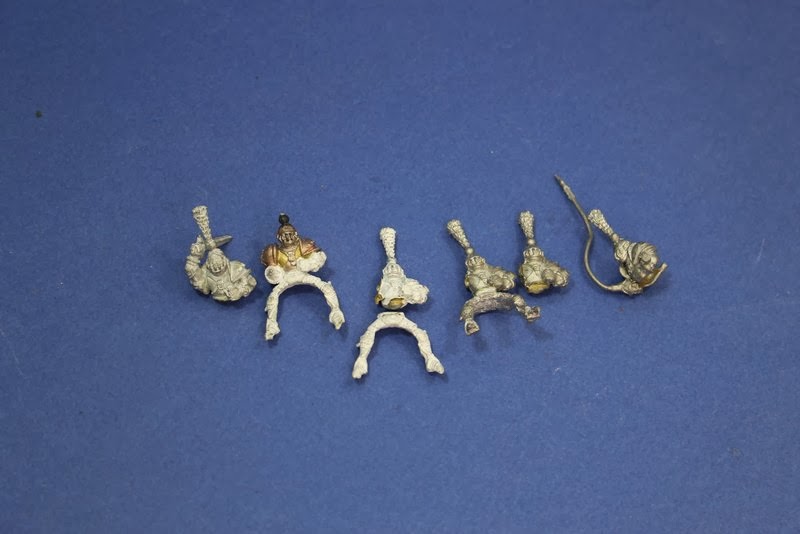 My plan is to get some Perry plastic mounted men at arms and use the bits to fix them up and give them some horses.  Any other suggestions?