I thought you might like something a bit different today.  This week I painted up some goblins.  These were originally made by AEG for their game Clan War, back in the 90s.  They were part of the Shadowland Horde faction.  The miniatures game is now defunct (but I think there's still some sort of RPG), but the range has been picked up by Valiant Enterprises.  Valiant is kinda pricey, and I was able to source some of the original AEG goblins through various second-hand means.  Regardless, I think the sculpts are stellar.  They were made by Bob Olley and really demonstrate the character of clumsy, clamoring goblins.  They were originally designed to be on 25mm bases, as this one is currently sitting, but I will be doing some group bases putting two double-based figures on a 40mm square base so that the goblins will effectively be 1 per 20mm square. 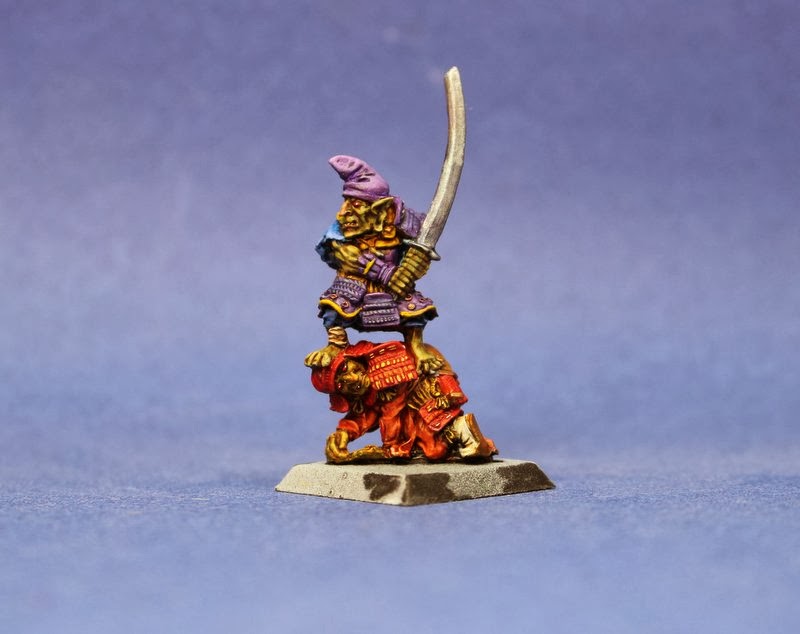 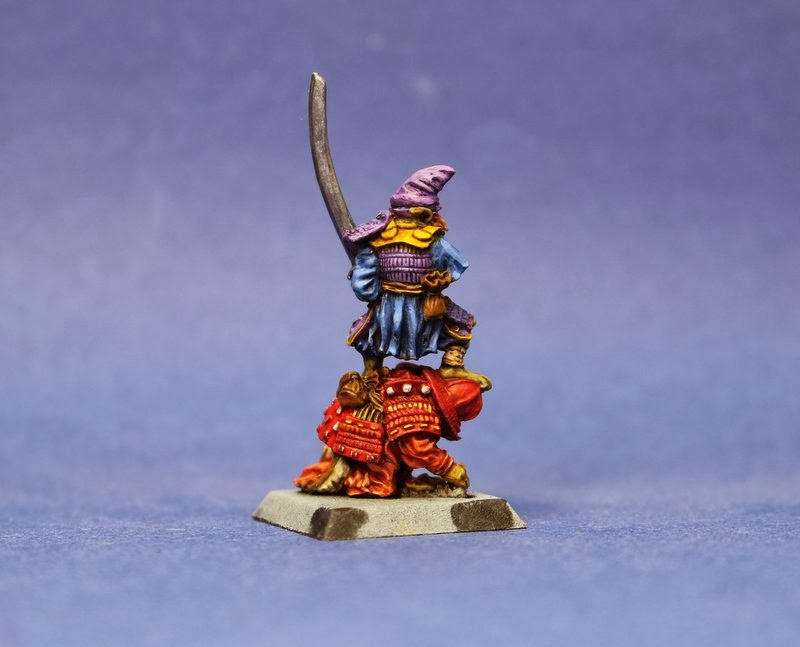 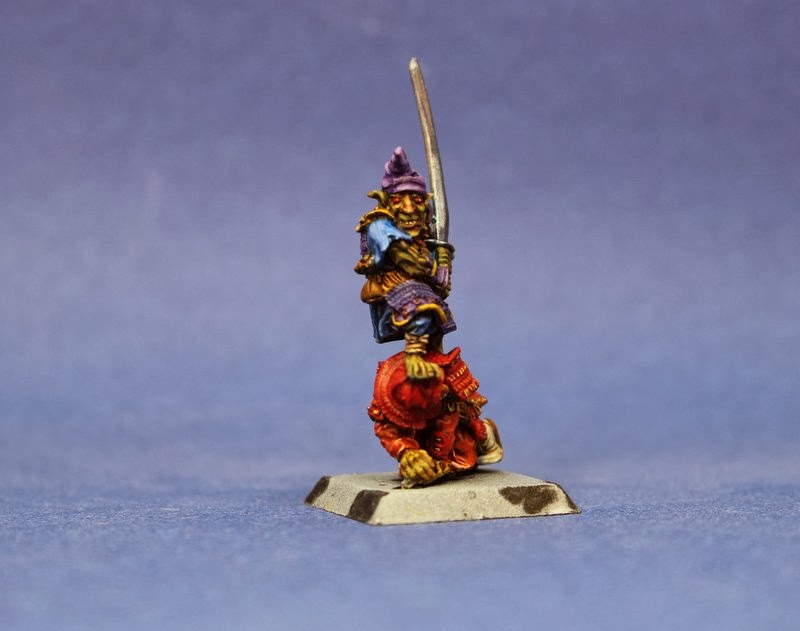 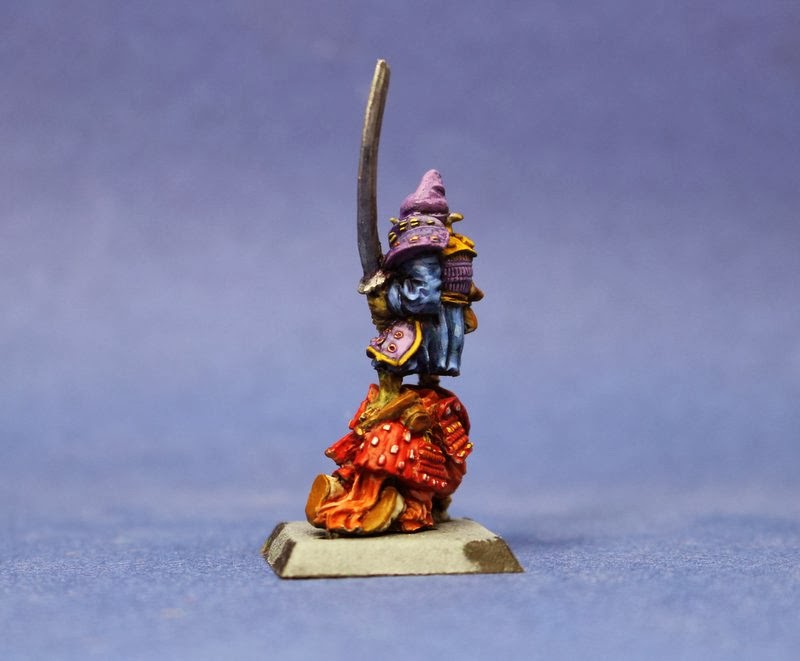 I hope you like it.  I need to paint another dozen or so to make a unit of 25-30ish goblins.  This is my first (of hopefully several) forays into samurai-themed painting.  I also experimented with the skin tones a bit as well.  The goblin on the bottom was given a yellow skin, which was washed heavily with some greens and browns.  The top goblin was given Foundry's Moss triad, number 29, washed with some greens and browns.