Yes, another project on the go!  Some of you may have heard of the recent resurgence of old-school fantasy gaming known as OldHammer.  Mostly, it is people gathering together to play earlier editions of Warhammer Fantasy, typically 3rd edition, which put a higher focus on fun gameplay and storytelling rather than competitive list building.  Not to mention that the rules and armylists are contained in two books only (for which pdfs can be found if you know where to look) and since those editions are long past, you don't have to worry about changes to the game.

Did I mention that the old school miniatures are awesome?  Lovely chunky metal with lots of character, and are also fun to paint!

Anyway, my local gaming group has decided to give it a try, so I have put together an armylist and have started the assembly.  As my first test figure, I decided to paint up a wizard.  This little fella was in my stash of stuff.  I forget where he is from, but I really had a blast painting him.

I tried something new - dark primer (I used grey) with a white zenith prime to start (ie, spray from the top down, to help with highlights).  Much of the block colours were painted using inks with a few painted highlights,  but it really sped up the process and looks very nice to me.  Without further ado, here is my new wizard: 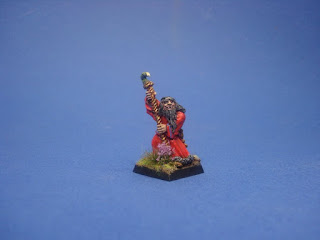 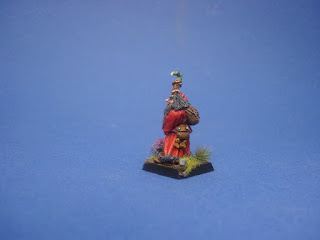 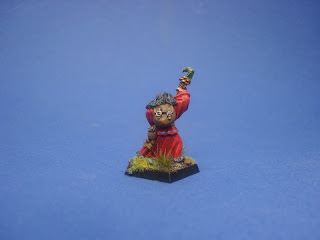 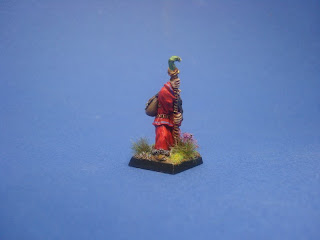 Simple, but fun.  I really like the grisly finger mounted on his staff.  Hope you all like him as well!