Here is my most recently finished miniature.  It was finished a couple weeks ago, but fall typically demands me to be out of doors much more often, and thus things like posting photos to the interwebs get delayed.

Back on topic, this is a model from the older Dragonblood line of miniatures from Shadowsea.  I picked up this gem in the previous Antimatter Kickstarter for Shadowsea 2.0.  Despite this figure being from an older range, it is still a gorgeous piece.

The body is resin with the tusks and the flail being separate metal pieces.  Everything assembled nicely, and as with everything else made by Antimatter, the figure was a joy to paint!  I was a bit intimidated by the grey skin, but I think it turned out nicely.  I was also quite pleased with my verdigris weathering attempts on the bronze armour plates. 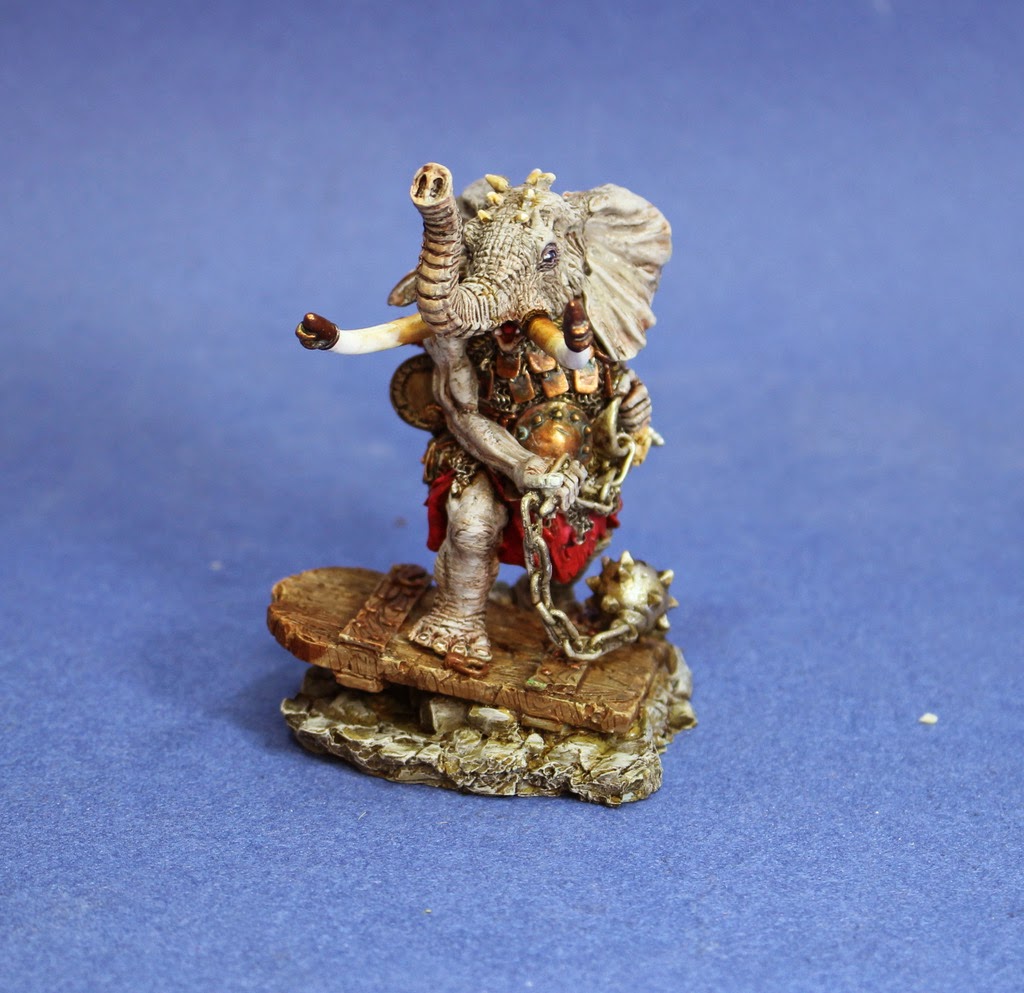 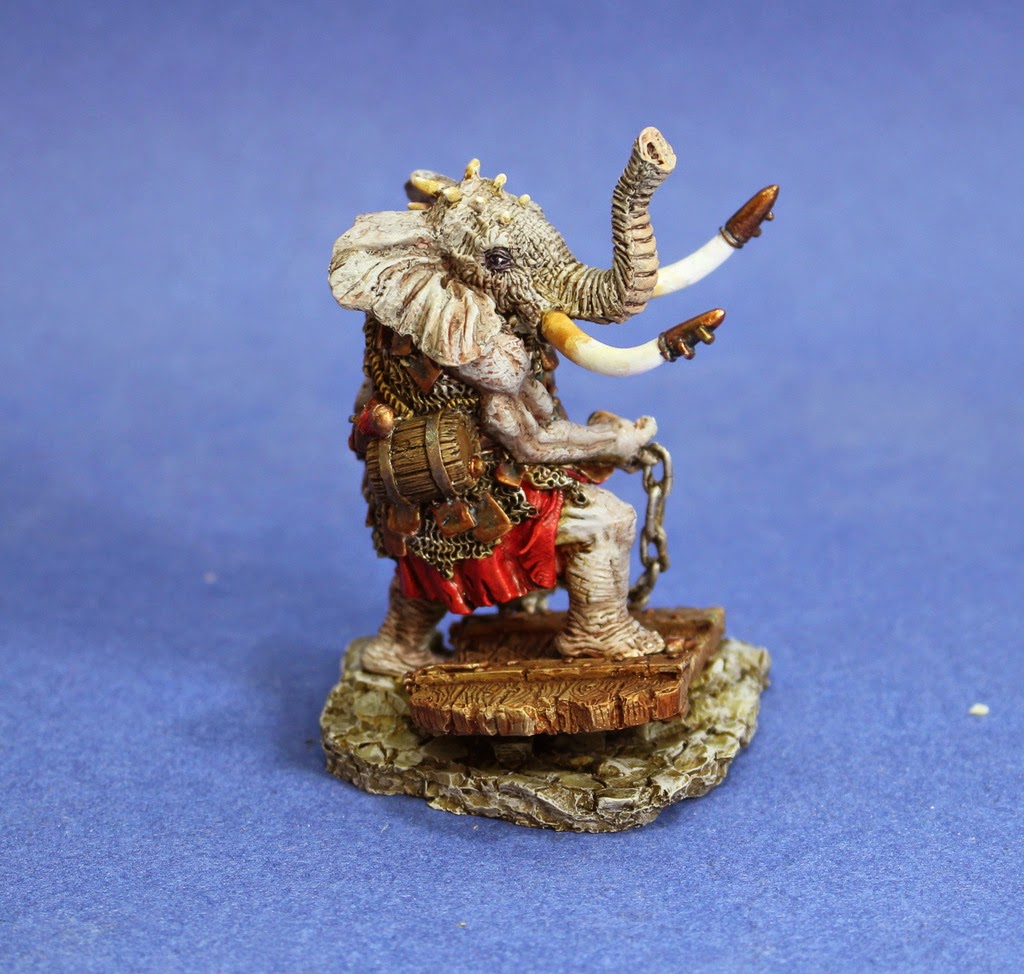 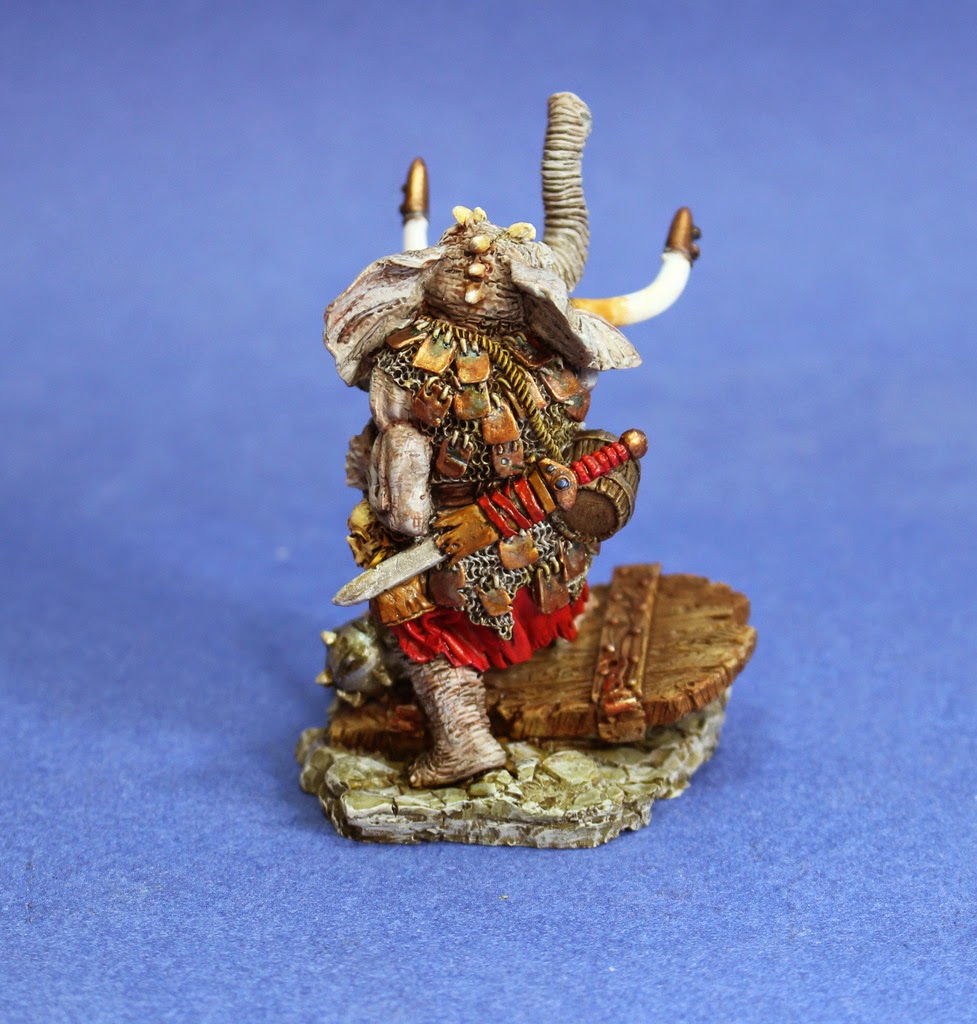 Being an older model, it was not designed to fit specifically on a round base like the newer figures are.  At this point I am not concerned about making it fit, as the base is pretty close to what it would be regardless.  If you were so inclined, it could pretty easily be put onto a DS round base.

Hope you like this guy, my Axibalan force is slowly coming together.  My eventual plans are a Tlactl, Ocelotl, and an Amazon leader. 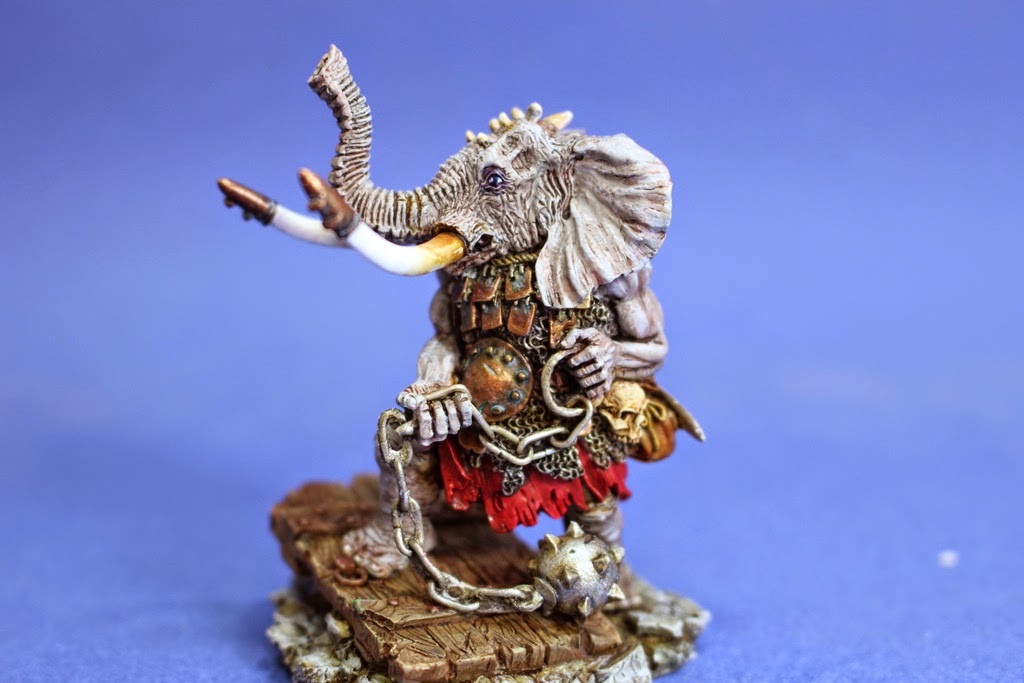