I have a nice little surprise for you!  No, it is not pictures of the completed reiksguard unit (don't worry, its finished, just actually need to take the pictures).  I finished a cannon for my Oldhammer army.  This is no ordinary cannon, however.

Lead Adventure Miniatures  recently released a new cannon for their Bruegelburg range.  This one, however, was built by the revolting peasants of Schweinstein.  It is a repurposed bell, and it absolutely fantastic.  Here is a nice picture of the sculpts:

Now here is my take on it with a lick of paint: 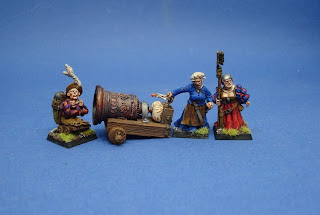 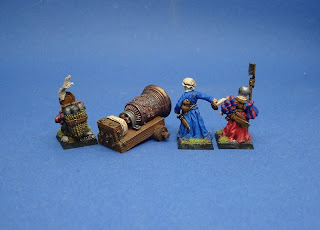 A total blast to paint, the bell was beautifully detailed and took to some verdigris staining very well.  These minatures look so nice, I decided they also needed a scenic base: 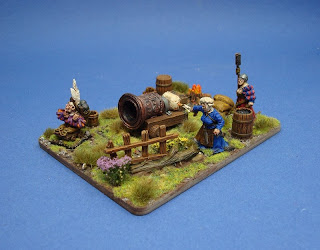 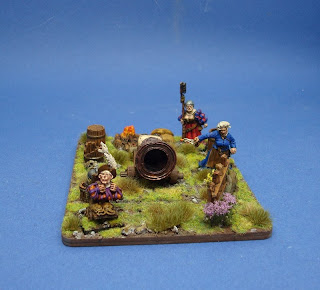 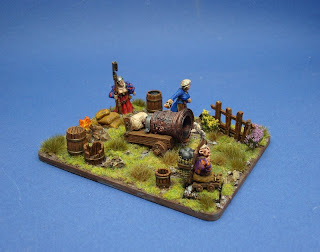 The base was from 4ground, and I used some miscellaneous Hirst Arts blocks, a GW fence, and then the usual sand, flock, tufts, and flowers.  It really brings the piece to life and helps show off the immense character of these figures.

My only criticism of LAM is that some of the faces lack a certain amount of character, with somewhat sharp defining lines.  Though that is not all of them, and much of the time you can make up for it with a good paintjob.  Hope you like the cannon, I would recommend it to anyone.