I promised you some Saxons, did I not?  Well, better late than never, or so I have heard.  To be fair, one unit of these was finished before Christmas, I was just sitting on them for a while before taking pictures.  I was pretty active over the last month, finishing these other two units among other things - more on that later.

These Saxons are a mix of Gripping Beast and Wargames Foundry models, and I find they mix ok.  The Foundry models typically have better sculpted faces, and thus look better all around.  The Gripping Beast Saxons look taller and more imposing however.  They have been armed with a smaller buckler which was apparently more common with the Saxons of the 5th century.

A nice mixed yet somewhat disorderly line.  I am happy with how they turned out compared to the time I spent painting them - I tried to be as quick as possible without making them look rubbish.  This is the first unit I finished: 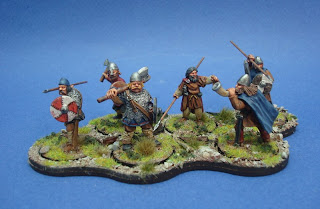 The figure front and centre is my favourite of all.  One of the Foundry miniatures.  Let's have a closer look, shall we? 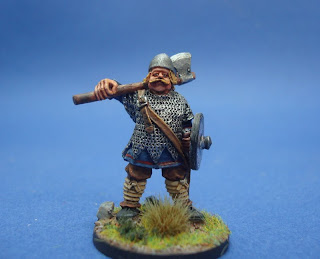 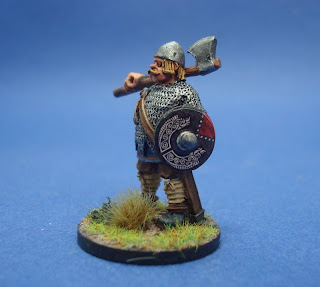 I think the sculpting on the hand, and his moustache make him full of awesomeness.  He was quite easy to paint up as well.  Here is another closeup from this group, probably my second favourite from this bunch: 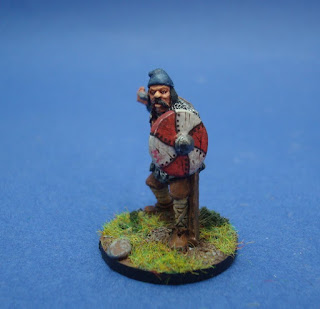 On to the next unit I painted: 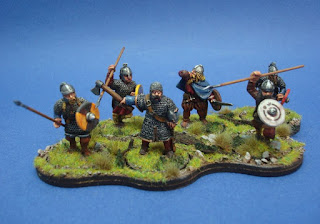 I think my favourite from this group is the drunkard in the back.  He is actually a Gripping Beast viking (along with his drinking buddy from the first group) but I thought I could sneak them in without too many people noticing. 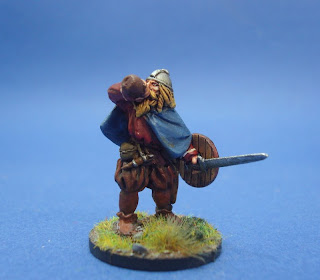 Front and centre is another fine figure from Foundry, whose smooth facial features lend to easy painting: 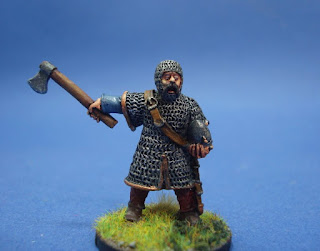 Lastly, a more stern and seemingly organized group - outlined by the lack of drunken louts (or perhaps I just ran out of suitable miniatures). 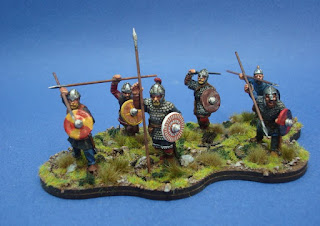 Front and centre is an imposing and dour figure from Gripping Beast.  I thought he looked serious enough that his men should all appear ready to fight. 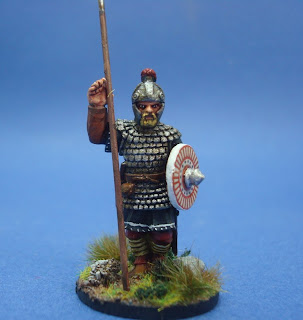 There were a couple nice, dynamic poses from this group as well.  It is always fun to paint up figures with different features and poses.  This has been a really fun project. 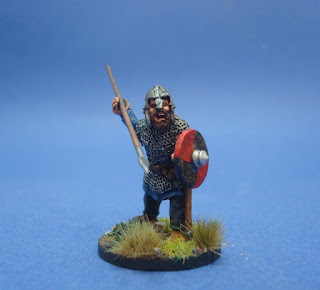 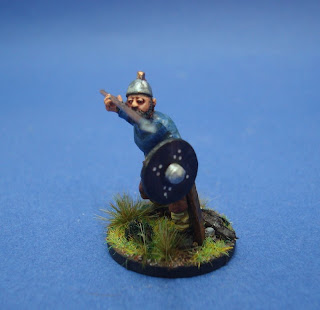 I hope you like these guys.  I have decided to use them first to play a game or two of SAGA, instead of Dux Britanniarum.  Mostly because I need less models to play SAGA, and it seems a bit easier to teach newcomers.  All I need to finish is a Saxon warlord and a British warlord, and choose suitable factions for them to represent, as SAGA is set about 300 years after the time period in which I have based my Arthurians and Saxons.  Enjoy!