Some civilians... with a bear!

Time for something a little different.  I decided to paint up some civilians.  In this case I made a begging troupe with a dancing bear.  The bear and the pipe player are from Pro Gloria Miniatures and the beggar and guitar player are from Lead Adventure Miniatures. I would like to think of them as a ragtag group of washed up entertainers.  Perhaps the poor legless chap used to be the pipe player for the bear, but one day the bear got hungry and/or tired of dancing.  They were quite fun to paint up, and I must say the Pro Gloria figures are a pleasure to paint up, along with the always-entertaining LAM stuff.

Here is the group, along with them performing in front of the Merchant's House: 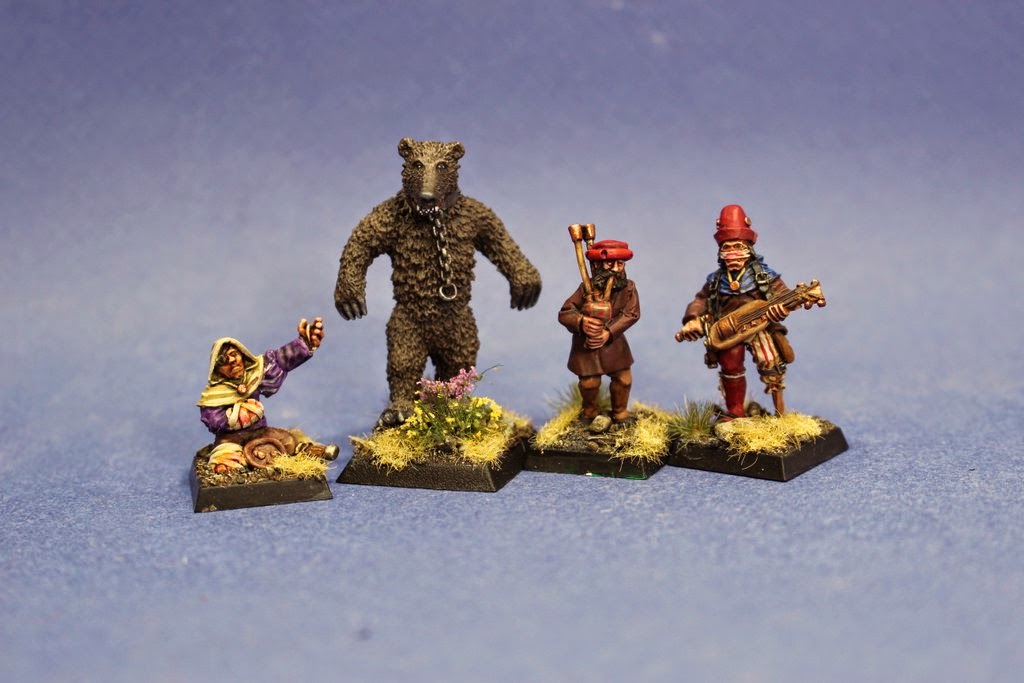 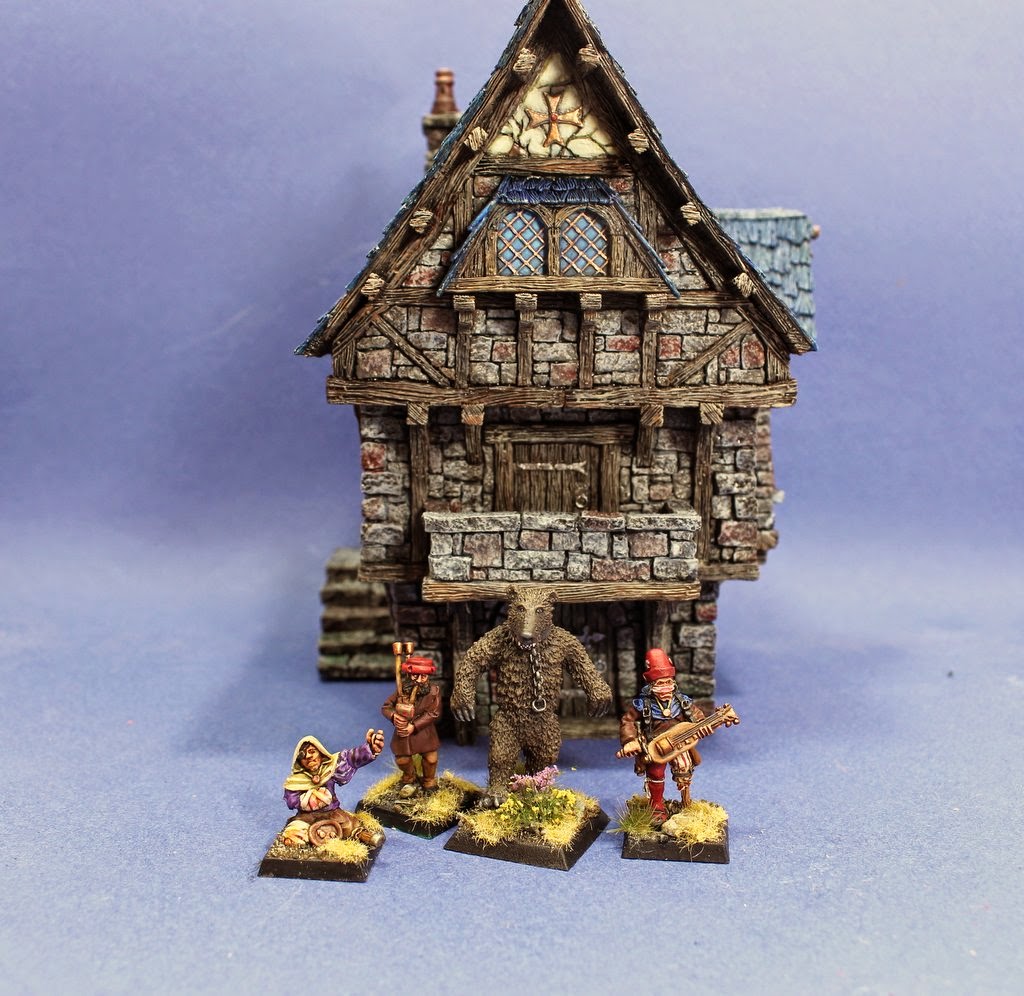 Here are a few more closeups on the group as well: 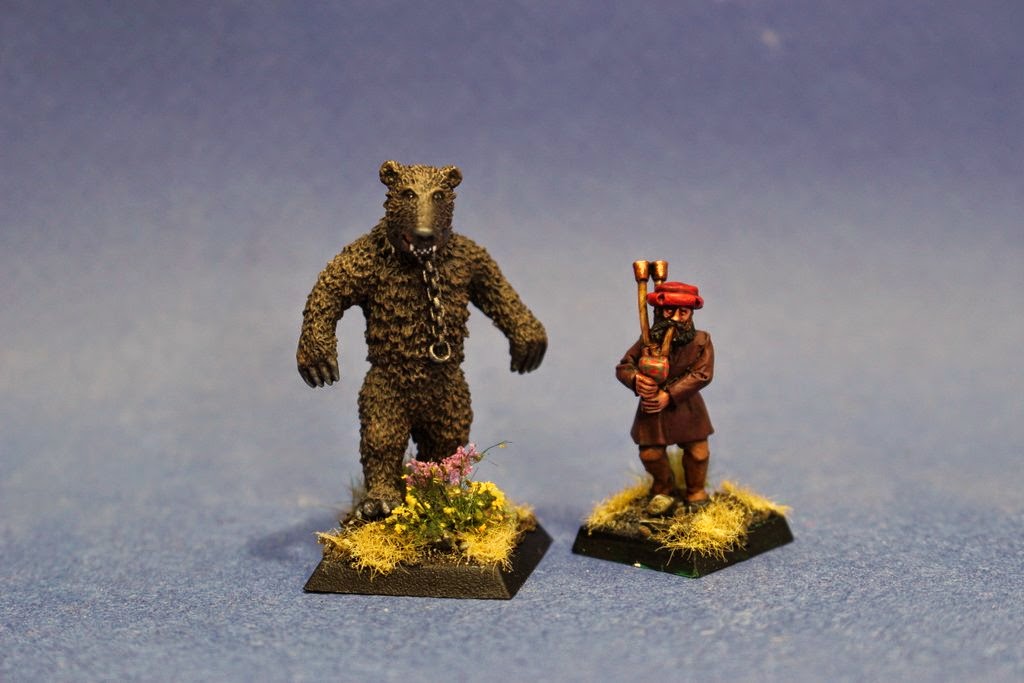 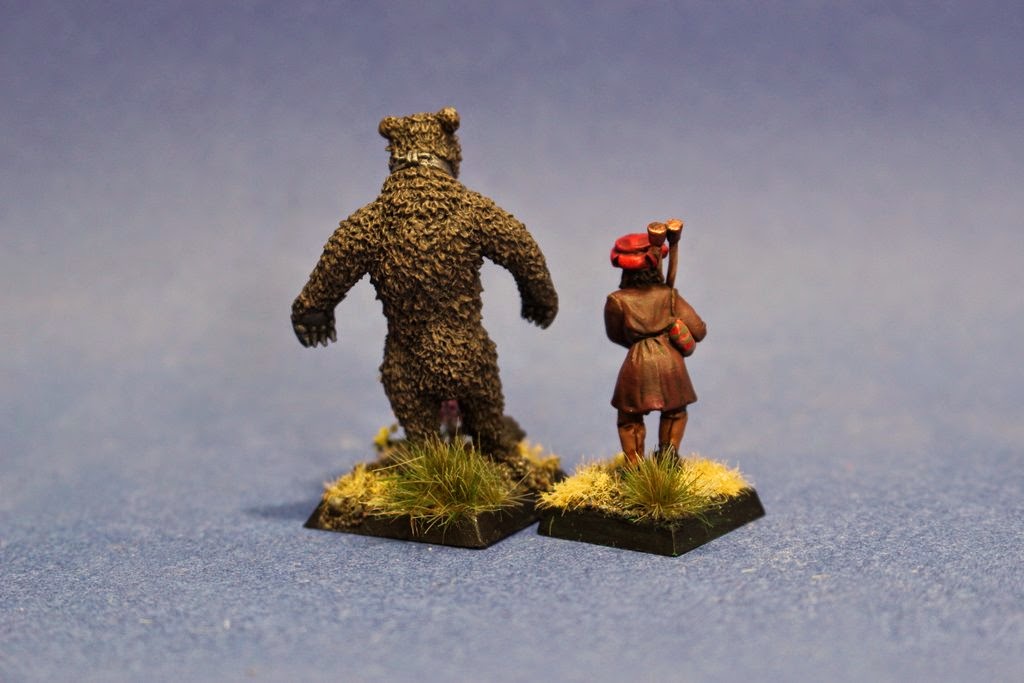 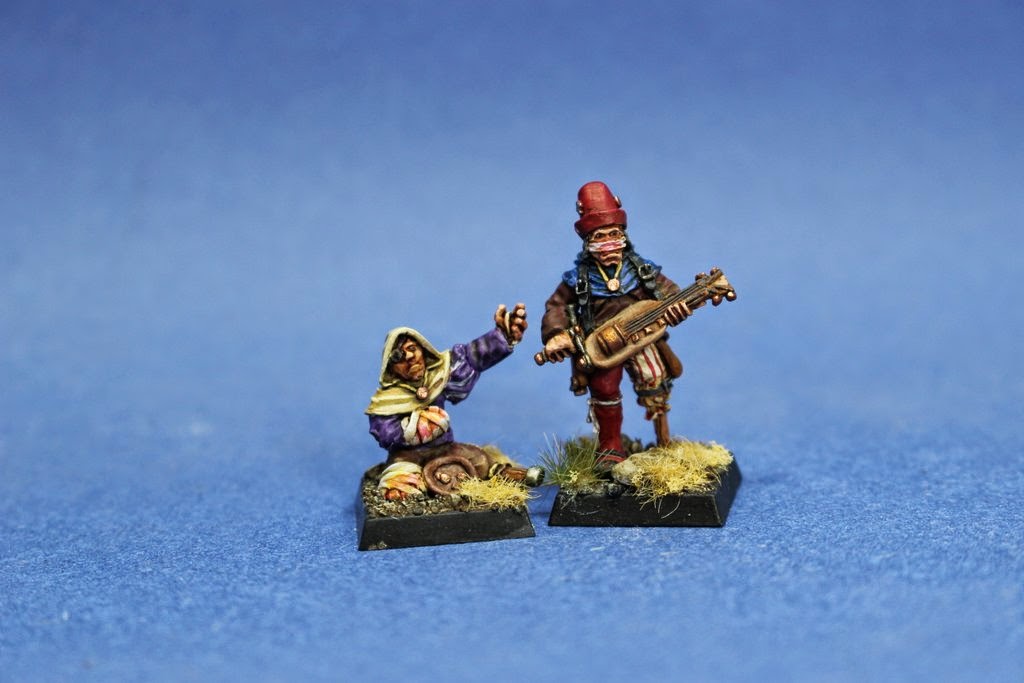 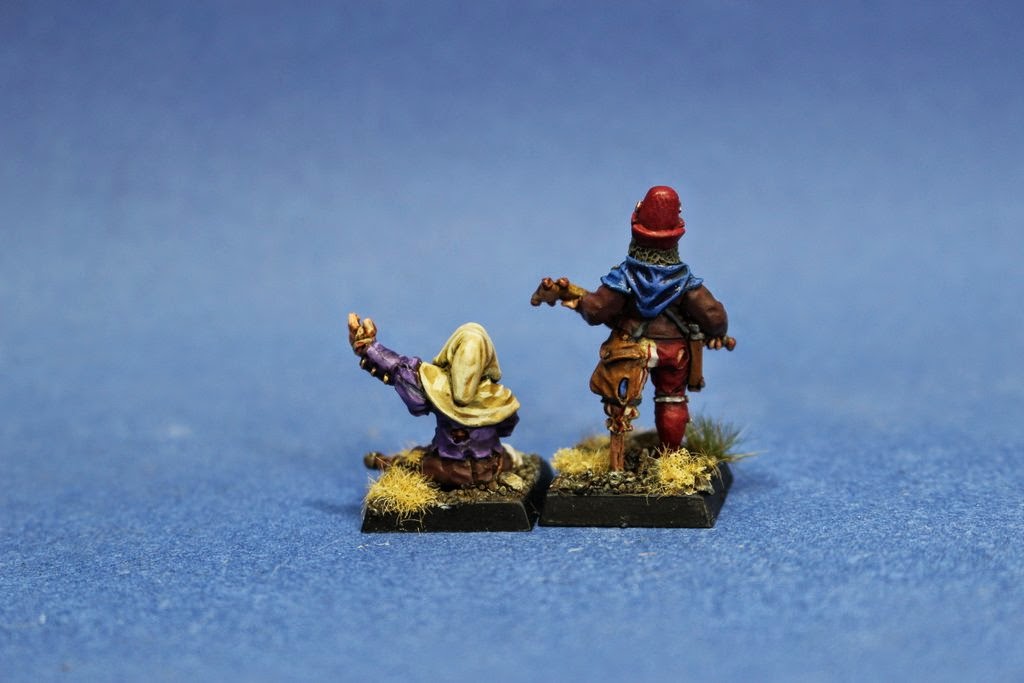 I should add that Pro Gloria is planning on eventually running a kickstarter for hard plastic landsknecht soldiers.  Based on the quality of their metal figures, I think this is something that will be a very nice product for both historical gamers, and human fantasy gamers as well - they will likely be great alternate troops for warhammer empire players.